Showing posts from June, 2016
Show all

Waiting on Wednesday: A Million Worlds with You (Firebird #3) by Claudia Gray

If you know me then you know this is my favorite series of all time and the final book is at the top of my must read as soon as physically possible!


Synopsis:
A million universes. A million dangers. One destiny.

The fate of the multiverse rests in Marguerite Caine’s hands. Marguerite has been at the center of a cross-dimensional feud since she first traveled to another universe using her parents’ invention, the Firebird. Only now has she learned the true plans of the evil Triad Corporation—and that those plans could spell doom for dozens or hundreds of universes, each facing total annihilation.

Paul Markov has always been at Marguerite’s side, but Triad’s last attack has left him a changed man—angry and shadowed by tragedy. He struggles to overcome the damage done to him, but despite Marguerite’s efforts to help, Paul may never be the same again.

So it’s up to Margu…
2 comments
Read more 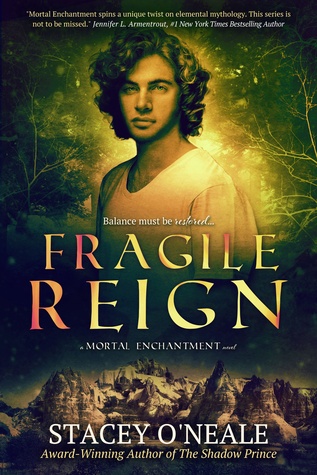 Fragile Reign (Mortal Enchantment #3)byStacey O'Neale Paperback, 306 pages Published November 25th 2014  by Phoenix Reign Publishing Source: PB provided by the Author Rating: 5 Out of 5 Stars
Synopsis:
It’s been a week since all hell broke loose… Rumors of King Taron’s weakened powers have left the air court vulnerable. Kalin is desperate to awaken her akasha powers, except she doesn’t know how. Tension within the court is at an all-time high. Pressure is mounting for her to ascend to the throne, but a halfling has never ruled over any court. To solidify her position, the council has advised her to marry Sebastian—a high ranking air elemental she’s never met and her betrothed.
Will Kalin sacrifice her relationship with Rowan to strengthen her court?
Rowan and Marcus return to a fire court in turmoil. Liana’s death has fueled the fire elementals’ distrust against the air and woodland courts. The unbalanced elements have set off natural disasters all over the mortal world. Rowan takes the th…
Post a Comment
Read more

Mirror in the Sky by Aditi Khorana ~ Review 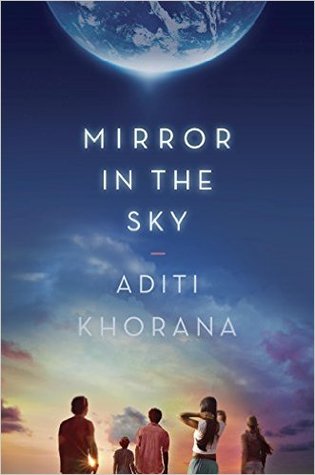 Mirror in the Sky byAditi Khorana Hardcover, 352 pages Expected publication: June 21st 2016  by Razorbill Source: ARC provided by Publisher Rating: 4 Out of 5 Stars
Synopsis:
An  evocative debut, perfect for fans of Tommy Wallach's  We All Looked Up, about the discovery of a mirror planet to Earth and how it dramatically changes the course of one Indian-American girl's junior year.
“Beautifully written, surprising and poignant.”
—Lynn Weingarten, New York Times bestselling author of Suicide Notes from Beautiful Girls

For Tara Krishnan, navigating Brierly, the academically rigorous prep school she attends on scholarship, feels overwhelming and impossible. Her junior year begins in the wake of a startling discovery: A message from an alternate Earth, light years away, is intercepted by NASA. This means that on another planet, there is another version of Tara, a Tara who could be living better, burning brighter, because of tiny differences in her choices.