Showing posts from April, 2017
Show all

Welcome to Team Mastermind! I am on the team with the amazing Bookhounds. We will be revealing clues for the next couple weeks. Also make sure to check out the other teams: Team Spy, Team Thief, and Team Assassin. Do Not forget to enter the Rafflecopter for a chance to win one of two arcs.

Tomb of the Khan (Last Descendants #2) by Matthew J. Kirby ~ Review by Tristan 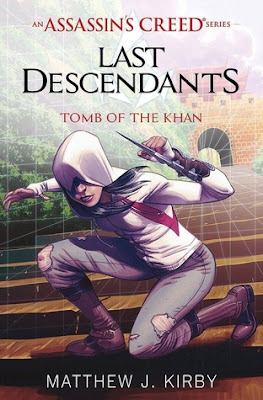 Tomb of the Khan (Assassin's Creed: Last Descendants #2) by Matthew J. Kirby
Paperback, 352 pages Published December 27th 2016  by Scholastic Paperbacks Source: Paperback provided by the Publisher Rating: 5 Out of 5 Stars
Synopsis:
In "Last Descendants," Owen and a group of other teens located the first piece of an ancient and powerful relic long considered a legend-the Trident of Eden. This piece was sought by the Brotherhood of Assassins and the Templar Order, but before either organization could take the piece, it was stolen by an unknown, third party. The tenuous relationship between Owen and the teens fractured, with some taking sides with the Templars, and others with the Assassins. "Last Descendants" book 2 picks up weeks after the events of book 1. There are still two pieces of the Trident of Eden to find, and both groups are determined to not repeat their mistakes. The next piece is said to have been buried with Mongol Warlord Genghis Khan, whose tomb has neve…
Post a Comment
Read more

The Beast Is an Animal by Peternelle van Arsdale ~ Review 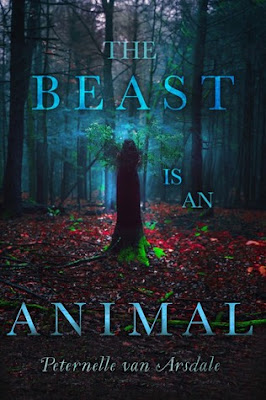 The Beast Is an AnimalbyPeternelle van Arsdale Hardcover, 352 pages Published February 28th 2017  by Margaret K. McElderry Books Source: ARC Provided by the Publisher Rating: 3 Out of 5 Stars
Synopsis:
Alys was seven the first time she saw the soul eaters. Twin sisters, they radiated an energy that excited Alys. Through them she felt the wildness of the forest, and The Beast within it. Too late, she learned of their power to destroy.

By the time she is fifteen, Alys knows too much about both the lure and the danger of the soul eaters. She lives in a world of adults who are terrified of their power, and who cower behind high walls and grim rules. Fear of the soul eaters—and of The Beast—rules their lives. Even more, they fear the ways in which The Beast may lurk among them—and within a girl like Alys.

For Alys has a connection to the soul eaters, and The Beast. And she hides a truth about herself that she can reveal to no one, for fear she will be called a witch. As the threat posed by the soul…
Post a Comment
Read more
More posts