Showing posts from November, 2017
Show all

Blog Tour: The Speaker (Sea of Ink and Gold #2) by Traci Chee ~ Review

SCHEDULE FOR THE SPEAKER BLOG TOUR

Blog Tour: #Giveaway #Win INTO THE BLACK (Beyond The Red #2) by Ava Jae ~ Review

This Darkness Mine by Mindy McGinnis ~ Review 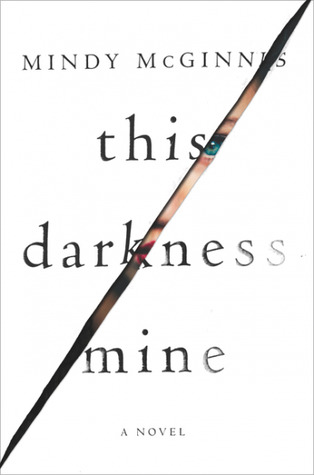 This Darkness Mine byMindy McGinnis Hardcover, 352 pages Published October 10th 2017  by Katherine Tegen Books Source: ARC provided by the publisher Rating: 5 out of 5 stars
Synopsis:
Sasha Stone knows her place—first-chair clarinet, top of her class, and at the side of her oxford-wearing boyfriend. She’s worked her entire life to ensure that her path to Oberlin Conservatory as a star musician is perfectly paved.

But suddenly there’s a fork in the road, in the shape of Isaac Harver. Her body shifts toward him when he walks by, her skin misses his touch even though she’s never known it, and she relishes the smell of him—smoke, beer, and trouble—all the things she’s avoided to get where she is. Even worse, every time he’s near Sasha, her heart stops, literally. Why does he know her so well—too well—and she doesn’t know him at all?

Sasha discovers that her by-the-book life began by ending another’s: the twin sister she absorbed in the womb. But that doesn’t explain the gaps of missing time in her …
1 comment
Read more